I spent this past week learning how to ski at one of Norway’s best ski centers in Hemsedal Norway. 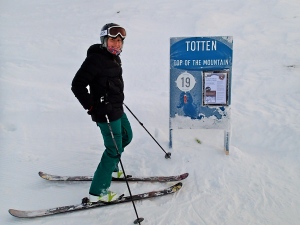 After three days of instruction from Lars Anders, I am nearly an expert. (That’s definitely a joke, I still have a lot to learn.) Regardless, I made a lot of progress. After managing to stay right-side-up the first day I made a vow to take more risks (a.k.a. fall) the next day. I ended up only falling once, and it wasn’t even a noteworthy fall. 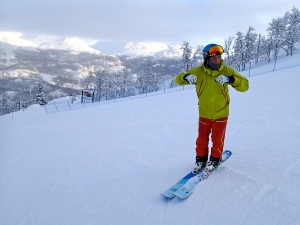 On Thursday Lars Anders took us off-track for some real mountain skiing. That was a blast. I originally thought it was going to be difficult to avoid the many trees, but I managed just fine. The snow was all powder which was amazing, but it also had its faults. Listen to this story:

When I moved off the slopes and into the woods I suddenly became a speed demon. (I do not know why, it just happened.) Because I liked to build up speed I didn’t always follow the same route as the person in front of me. I ended up about 4 or 5 meters higher than everyone else and knew I had to get down before reaching a cliff or something. I turned to my right down the steep drop in order to level with Lars Anders and the group. In the process I managed to get myself in an almost-horrible situation.

The girls had returned to the slopes and Lars Anders and the guys were farther down so I was out of sight. No one could see me straddling a huge seemingly never-ending hole. When I tried to move away from the hole the powdery snow I was standing on fell in, making the hole bigger and bigger. I knew that if I fell into the hole I wouldn’t be able to get out– but I refused to go down in such an anticlimactic way: slowly falling into a hole. I (carefully) managed to flip myself on my stomach so that I could wiggle away without having more snow cave into the hole. Once I was a safe meter away from the hole, I stood up, brushed myself off, took a deep breath, and continued down. Despite my hold up, I still made it out of the woods and back on the slope before some of the boys. What did I say… speed demon.

I never told Lars Anders about my almost-horrible situation, because he probably would have freaked out. And everyone who is reading this now, freaking out, (my family,) don’t worry, I survived. 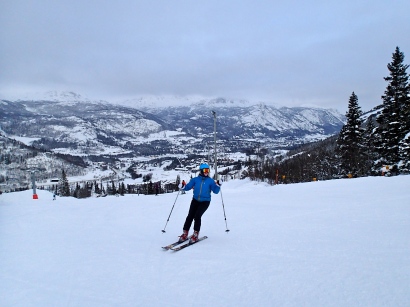 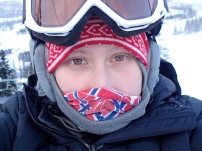 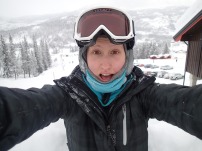 *Sorry for the lack of pictures on this post, my hands rarely wanted to leave the comfort and warmth of my mittens. (All photographs taken with Olympus Tough TG-2)*