This past trip to Norway was full of great family time. We all joined Aunt Anne outside of Oslo for Griffin’s folkehøgeskule graduation.

While I was in Bergen shrimp-picnicing, hiking, and catching up with friends, Grandma and Grandpa were sailing down the coast from the islands of Lofoten to Bergen. They hopped off their boat and met us at the train station so that we could all spend the 17th of May in Grandma’s hometown, Hønefoss. The train ride was very scenic, despite the periodic darkness during numerous tunnels. 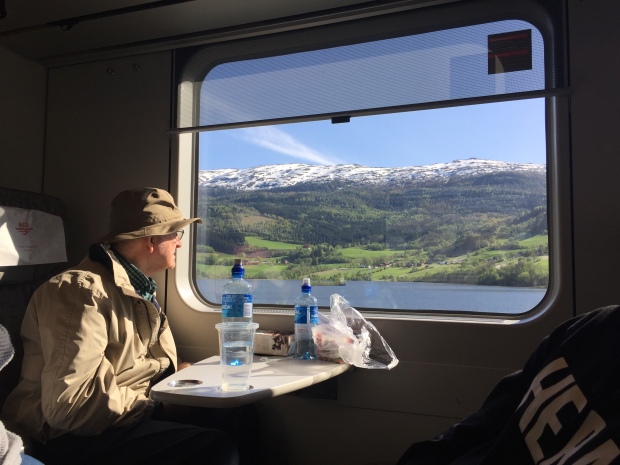 Griffin stayed in Hønefoss before he headed out on a trip around Europe with his friend from home. Kayla, Grandpa, Griffin and I enjoyed Ole Magnus’s home brewed beer on our first night in Honefoss– our first time drinking with Griffin. We enjoyed Ole Magnus’s home brew– so much so that by the time we left, his supply had dried up! OJ wouldn’t even put his down while on the slackline– but maybe he just wanted an added challenge. 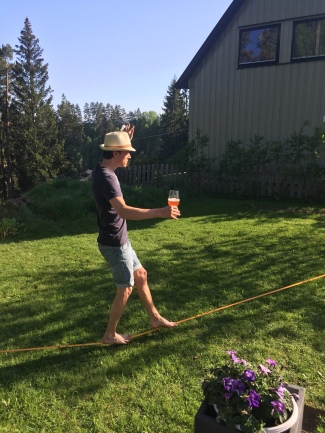 Kari, Ole Magnus, and OJ were excellent hosts as always. The 17th of May was full of good food, drinks, and people– like it should be. We even lucked out with the weather. The day began with the traditional champaign breakfast, followed by the Hønefoss parade. 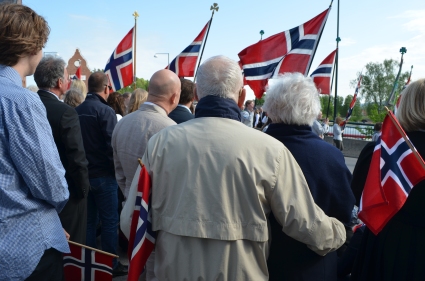 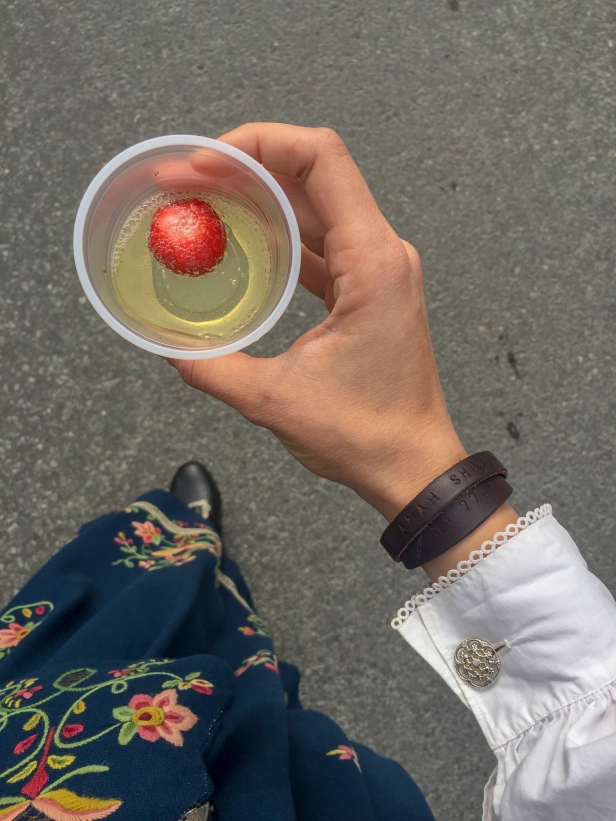 The rest of the day was spent celebrating– grilling, eating, and drinking with family and friends. 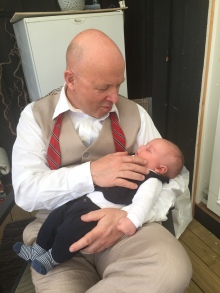 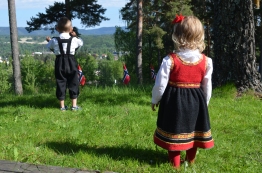 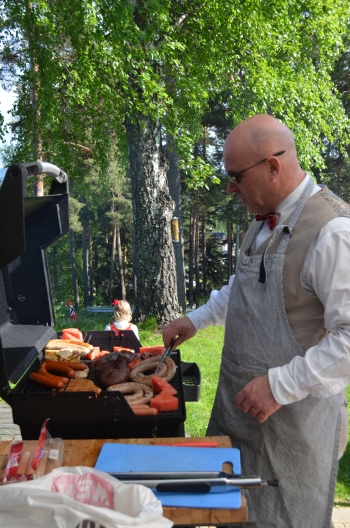 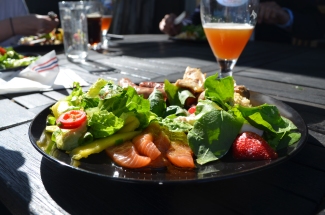 One of the highlights of the trip was getting to wear Grandma’s bunard for the third time. This is a traditional Norwegian dress made of wool and embroidered with regional designs. Grandma embroidered hers herself when she was a teenager. She’s worn it for countless celebratory occasions, my mom was married in it, and now I’ve gotten to wear it three times.

Even though they couldn’t make it for the 17th, Knut Harald, Nina, Jacob, and Josefine came to visit afterwards. We had yet another great day of sun, good food, drinks, and relaxation. It was great to see (almost) everyone from the family this trip. 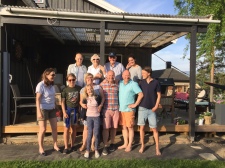