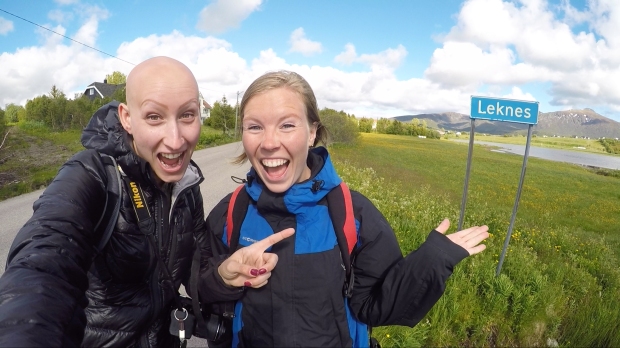 Lofoten is a stunning archipelago off of the northern coast of Norway. Maria, Margit and I made the trip to Leknes (an island near the southern tip of Lofoten) to visit our crazy cool Northern-Norwegian friend, Vigdis. 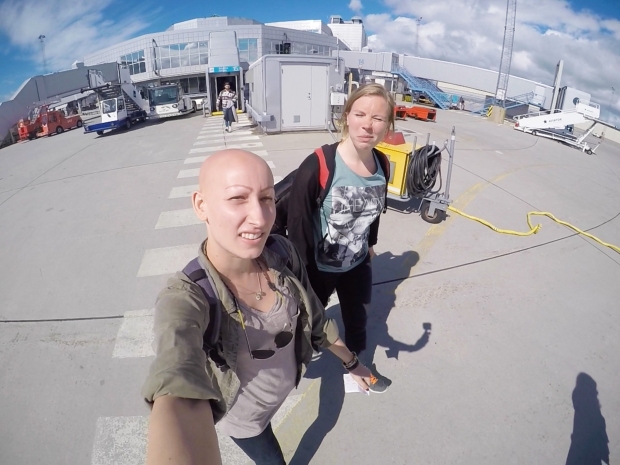 Maria and I landed at the Leknes airport in the late morning. I use the word “airport” loosely because the runway is about the size of an american suburban driveway and the luggage belt is the size of a grocery store checkout counter.

Margit and Vigdis were due to arrive later that night so Maria and I had some time to kill. After hitching a ride into the center of town, we decided to explore. 6 minutes later, we deemed the town: explored.

While pondering what to do, we spotted a store that had a “Tourist Info” sign in the window. There was a guy (about our age) who was immediately eager to help us. We asked him for suggestions on what to do with the 5 hours we had left on our own. His response was basically: “Oh, you want to do something? You should probably go to the next town, Gravdal.”

Fast forward a few hours and we discover that the hospital is Gravdal’s greatest attraction. We decided to head back to Leknes and wait for our funny friends to arrive. Cups and cones of softis, (soft-serve ice cream, but 100% yummier), made the time fly by!