Just over a year ago I parted ways with my Norwegian friends with nothing but tears and (very)tentative plans for their visit to the USA. To my surprise, (and delight,) their trip became a reality. Although they couldn’t all make it, (we missed you Maria,) Margit and Øyvind made the long journey across the Atlantic Ocean for two weeks of fun. And all this fun began in New York City…

We stayed in a nice hotel, with a loud rooftop bar and a mediocre breakfast spread. Øyvind tried Frootloops for the first time… “Woah, those are funny colors,” he said as he poured his cereal into the bowl.

We began the adventures with the Downtown Hop On – Hop Off Bus Tour. We had cameras, sunscreen, city maps… the whole tourist shebang. 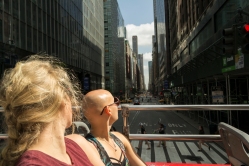 You know you’re with a NYC newbie when they order an Everything Bagel with Blueberry Cream Cheese. We laughed at Øyvind a lot about this Bagel catastrophe… but they laughed a lot at me for being so short, so we are even.

I had never been to the top of Rockefeller Center, and it blew away my expectations. The view of the city was amazing, and unlike The Empire State Building, there were no lines. 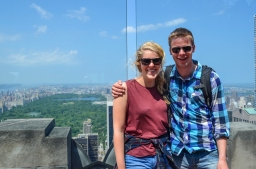 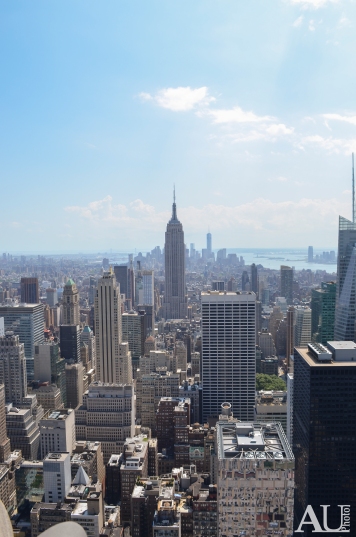 On my last trip to New York I visited The Highline, which was a highlight of my trip despite the dead and dry vegetation. This time was even better, because the vegetation was green and luscious instead of dead and dry. 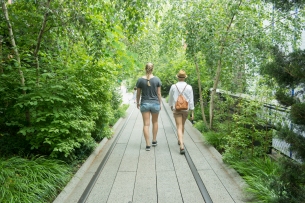 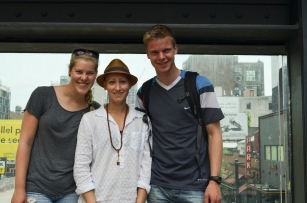 We visited the Statue of Liberty… well, we squinted at it from Battery Park.

It turns out both my parents and my sister were in the city on this same weekend. All of us in NYC for different occasions… typical Upadhyaya family situation. I got to spend some quality time with them– primarily over yummy meals.

We celebrated Kayla’s 23rd birthday with a brunch at The Smith Restaurant with her friend Caroline. Caroline wasn’t even one of Kayla’s weird friends… she was great company! Toward the beginning of the brunch I pulled a ‘kayla’ and spilled my drink and dropped my fork! I’m blaming it on the slanted floor… or the crooked table… or a momentary freaky-friday moment. 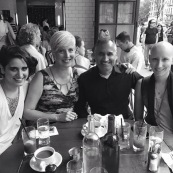 1. After taking a bite of his bagel, Øyvind exclaimed: “it’s definitely… edible.”

2. The Smith Restaurant was cool because it had a photo booth in the (unisex) bathroom. But the portion sizes of our dishes were way too big… next time I suggest sharing an entree.

3. Yes, I am featuring two new hats in some of these photos… more to come about tHAT later!

4. Our bus tour guide, Jamal, found it very comical that Margit and Øyvind had never heard of Norwegian Cruise Lines… We did some research and it turns out it’s a company based out of Florida… it’s not Norwegian at all!

Hope you’re not tired of our selfies, because there are a lot more coming soon!