A few Sundays ago I went on another trip with hiking club. It was an easy day hike up to Lake Haiyaha in Rocky National Park. 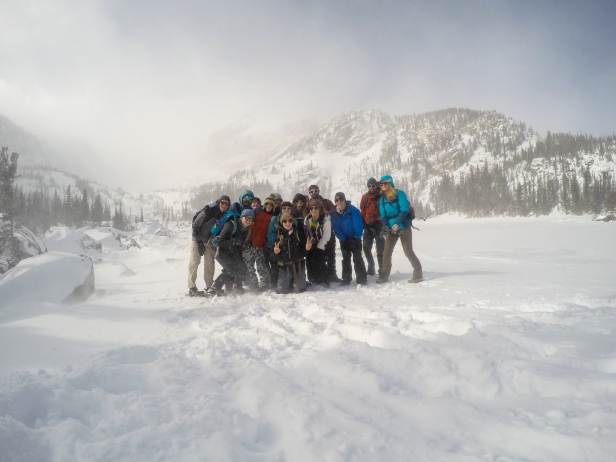 The day was pleasant, but I can’t help but compare these adventures with those from last year. The biggest thing that stood out to me was that no one had a map. Even the trip leaders seemed to be confused as to where we were supposed to go. Obviously, we spent some time ‘lost.’ For those of us without snowshoes, trekking through the deep snow off trail was a workout. I think I enjoyed it more than others. I began to think Lake Haiyaha would be the next Bergamo…(for those who get it, get it.) Don’t get me wrong– the day was still fun, and getting lost was just part of the adventure. Maybe I wasn’t feeling the adventure that day, but I just couldn’t get over how strange (and semi-irresponsible) it was to be map and compass-less. 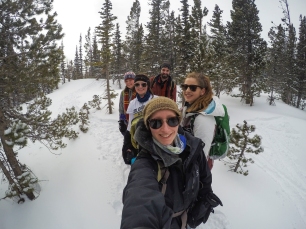 Alas, we eventually found our way to the lake and were greeted with ferocious cutting winds. It was bitter cold, but that didn’t stop me from removing my hands from my mittens in order to set up the GoPro for a group pic. 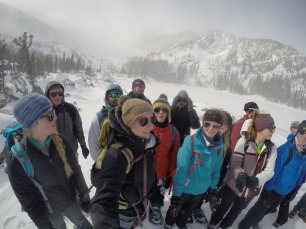 Thanks to Alec and his Strava app, we have our GPS route recorded from the morning hike.