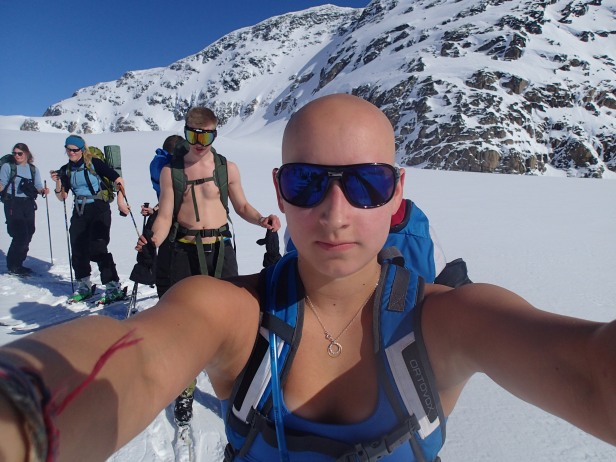 Our normal classes were cancelled on Tuesday due to the fantastic weather forecast. We were given new options for the day, one of which was a summit trip up to the highest mountain in this area: Snønipa. This mountain juts out of the Myklebust glacier, one of the largest glaciers in Norway. At 1827 meters high, the summit trip to Snønipa required an early start. We started at around 300 meters above sea level, which means we had about 1,500 meters in elevation to conquer.

We couldn’t have asked for better weather. The sky was blue, the sun was shining, so everyone was smiling. 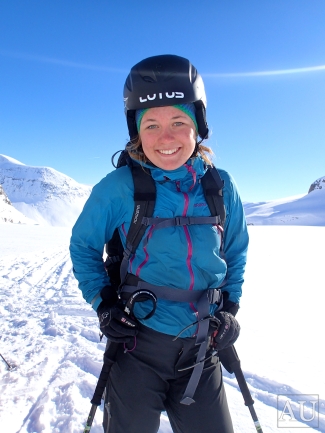 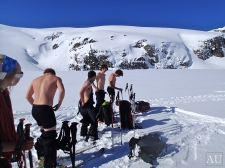 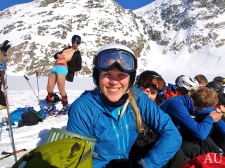 7 hours (and many blisters) later we reached the top. It was definitely worth celebrating.

After we refueled with some food and water, we started the trek down. Skiing down was fantastic– by far the best snow I’ve skied on so far. Once we reached the glacier, we had to be more careful, skiing 1 by 1 along the tracks we had created on the way up. Three hours later I found myself at the edge of the field, 100 meters away from the parked cars. Those 100 meters felt like a lifetime, especially for my newly formed blisters. I was truly rejoicing as the tips of my skis reached the pavement.

Wednesday was special because I got to try yet another new sport: kiting.  It was great fun, however my blisters from the day before put a damper on the day. It might have been a bad idea to leave them untaped.